Black Friday, or where the madness came from. 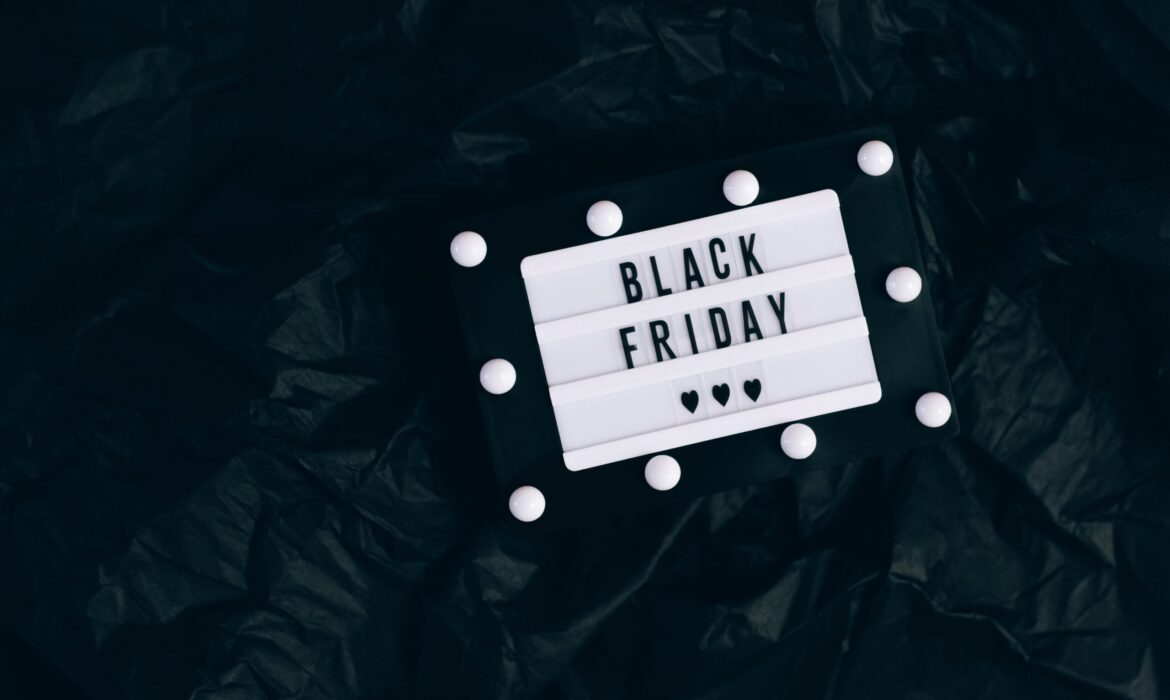 "The best Black Friday promotions", "with us Black Friday lasts all week", or even absurdities in the style of "#BlackFriday this Wednesday" - such messages for a good few days we are bombarded from all sides. We know roughly what the idea of Black Friday is, but the knowledge about where this "secular tradition" and its name actually comes from is definitely less common.

Everyone knows what Black Friday is and why we look for bargains on this particular day - it is the Friday immediately following the American Thanksgiving holiday, which is usually a non-working day. But not for retailers - for them it marks the beginning of the pre-Christmas shopping rush, which should be emphasized with powerful promotions and discounts. It is also the moment when stores finalize their post-holiday sales campaigns and try to sell off their warehouse stocks to make room for the goods they hope to sell by Christmas.

The origin of the name Black Friday

But why is it actually Black Friday? This association is, after all, decidedly negative - Black Thursday is the colloquial name of the day on which the gigantic crash of the New York Stock Exchange took place in 1929 (Black Monday was also the moment when the Dow Jones index took a massive plunge in 1987). Generally, in our culture "black" is associated with bad, gloomy, and generally pejorative associations. So who came up with the absurd idea to call "Black Friday" a day that should be a joyous rather than a painful holiday for retailers (after all, statistics show that in the U.S. Black Friday is the biggest sales day of the year)?

Well, it seems ... no one in particular. The most popular theory - cited by Wikipedia - The term was originally used to describe the common practice of workers taking sick leave because they didn't want to return to work on Friday after a hearty Thanksgiving meal on Thursday. So they called their employers en masse, informing them of their illnesses, the stores were faced with staff shortages - and for their owners it was just a classic, negatively understood "Black Friday. That's how it was described in the early 1950s in the trade journal Factory Management and Maintenance.

Theory number 2 (consistent with theory number 1) also has a decidedly negative ring to it - according to which the term was used by policemen to describe the ordeal that awaited them in connection with the duty to ensure order and peace around stores and shopping centers, which right after Thanksgiving Day started with promotions (although then it was usually referred to as Black Friday and Saturday). The problems were more with the increased traffic around the stores than with the battles over overpriced mixers and televisions (which came much later)... but well - the connotation was still decidedly negative. The policemen didn't like that Friday, all the more so because, due to the commotion around the stores, they weren't able to take vacations and extend their weekend. And so the pejorative term "Black Friday" was coined

Of course, there are also various alternative theories circulating on the web - some of them are based on stories about black ink, which was supposed to be used by salesmen to record income in their bookkeeping (as opposed to other colors, which were used to record losses), others have their roots in dark stories about slavery. Today, however, it is believed - as confirmed by an article published by Sarah Pruitt in the History.com - That it is the "police-holiday" genesis that is most likely. Although, of course, with such complex and old traditions, getting a 100% accurate answer to the question "where did Black Friday come from" may be impossible.

The fact is, however, that thanks to the events described above, retailers have become more and more aware of the fact that on one Friday in November shoppers flock to stores like crazy - and it's no wonder that this trend has started to be factored into sales and promotional plans. Black Friday as we know it today was born in the 1980s - and that's probably when the negative connotations finally disappeared and Black Friday was established as the biggest sales day of the year, quite successfully integrated into the American shopping cycle. With time, of course, it grew with additional activities (Black Week, Cyber Monday) and was more or less successfully exported around the world. But this is a topic for a completely different text...